Episode #27
English Baptists, along with most of the British Isles, had a distasteful view of the Anabaptists. It seems obvious to me that their view was because of the tainted representation they had received from the Catholics and more recently the continental 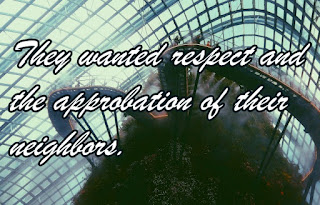 Protestants who had long experience with them. Theirs was almost a cultural disgust of the Anabaptists. They had refused to accept the authority of the baptisms of the Catholic and Protestant churches for centuries. That they had always existed was not contested. What was contested was whether they were a unifying factor within all of Christendom. Anabaptists had always been schismatic in their view, insisting on a different sort of church than mainstream Christianity had ever held. Anabaptists had also been noted for their insistence on a different sort of Christianity. They preached a converting kind of faith. They preached that those who were believers were to be born again and that this new birth would result in a growing sanctification and a life of purity. This tenacious distinction between the Anabaptists and the catholic church, whether the Roman version or the Protestant one, had given the world of Christendom a bad taste for the Anabaptists.