This is Bro Bruce Turner’s final message in our preaching for revival meetings, October 2018. 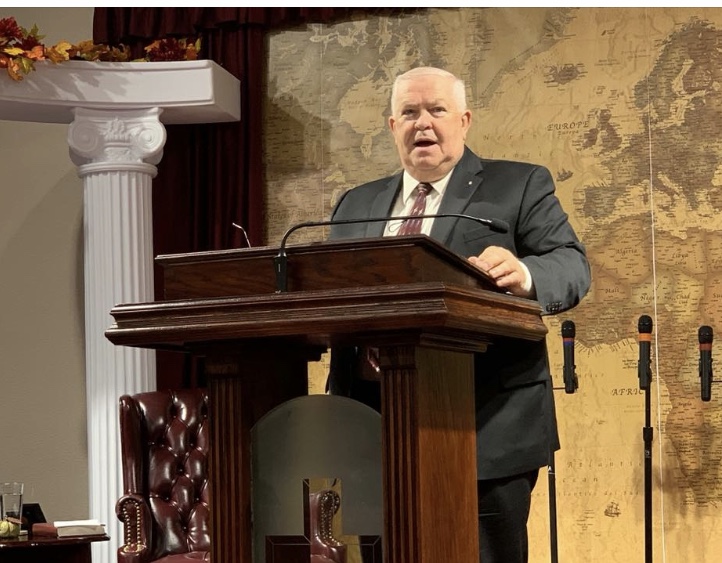 This is Bro Bruce Turner’s Monday night message in our preaching for revival meetings October 2018.

This is Bro Bruce Turner’s Sunday school message in out Fall 2018 revival meeting.

David was the kind of man who couldn’t, who wouldn’t ignore a people in need. And so David enquired of the Lord whether he should go smite the Philistines and rescue Keilah.

David saved Keilah,
DESPITE HIS OWN TROUBLES
1 Samuel 23:1-2 (KJV)
Then they told David, saying, Behold, the Philistines fight against Keilah, and they rob the threshingfloors.
Therefore David enquired of the LORD, saying, Shall I go and smite these Philistines? And the LORD said unto David, Go, and smite the Philistines, and save Keilah.

David saved Keilah,
DESPITE ITS DANGEROUS TERRITORY
1 Samuel 23:1 (KJV)
Then they told David, saying, Behold, the Philistines fight against Keilah, and they rob the threshingfloors.

David saved Keilah,
DESPITE THE OPPOSITION OF HIS MEN
1 Samuel 23:3-5 (KJV)
And David’s men said unto him, Behold, we be afraid here in Judah: how much more then if we come to Keilah against the armies of the Philistines?
Then David enquired of the LORD yet again. And the LORD answered him and said, Arise, go down to Keilah; for I will deliver the Philistines into thine hand.
So David and his men went to Keilah, and fought with the Philistines, and brought away their cattle, and smote them with a great slaughter. So David saved the inhabitants of Keilah.

David saved Keilah,
DESPITE THE EMINENT ATTACK OF SAUL
1 Samuel 23:7-9a (KJV)
And it was told Saul that David was come to Keilah. And Saul said, God hath delivered him into mine hand; for he is shut in, by entering into a town that hath gates and bars.
And Saul called all the people together to war, to go down to Keilah, to besiege David and his men.
And David knew that Saul secretly practised mischief against him; ….

Finally David saved Keilah,
DESPITE THE WICKENESS OF THE MEN OF KEILAH
1 Samuel 23:10-12 (KJV)
Then said David, O LORD God of Israel, thy servant hath certainly heard that Saul seeketh to come to Keilah, to destroy the city for my sake.
Will the men of Keilah deliver me up into his hand? will Saul come down, as thy servant hath heard? O LORD God of Israel, I beseech thee, tell thy servant. And the LORD said, He will come down.
Then said David, Will the men of Keilah deliver me and my men into the hand of Saul? And the LORD said, They will deliver thee up.

Pastor McKenzie preaches on the most overlooked form of thanksgiving of all.

A conviction is something from God and cannot be altered. God never changes. Those things that come from Him could therefore never change. 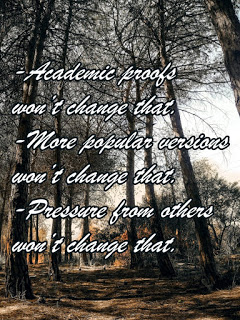 I am convicted, for instance, that the King James Version of the Bible is without error.  I am also, for instance, convicted that the church Jesus built is a Baptist church. I could therefore never go to any other sort. It’s not about convenience, programs, proximity, popularity. It’s not about the personality of the pastor or the friendliness of the congregation. It is about doctrine and authority. I am so convicted of this that I could only attend a Baptist church that is equally convicted. My convictions come not from what a man has taught me. That would be mere convincing. My convictions come from personal study of the Word of God, an understanding of church history and the work of the Holy Spirit upon my conscience.

So long as you do as the Word says you will find that, though you still have struggles, you have answers and help through those struggles.

If, whether it is through rebellion, stubbornness or, as in the case of David and those kings who followed him, pride what you will discover is that those struggles that are natural in this world, become calamities with supernatural consequences; mostly for your children.

THE CONQUEST OF JERUSALEM
2 Samuel 5:6-9 (KJV)
And the king and his men went to Jerusalem unto the Jebusites, the inhabitants of the land: which spake unto David, saying, Except thou take away the blind and the lame, thou shalt not come in hither: thinking, David cannot come in hither.
Nevertheless David took the strong hold of Zion: the same is the city of David.
And David said on that day, Whosoever getteth up to the gutter, and smiteth the Jebusites, and the lame and the blind,that are hated of David’s soul, he shall be chief and captain. Wherefore they said, The blind and the lame shall not come into the house.
So David dwelt in the fort, and called it the city of David. And David built round about from Millo and inward.
One of the first actions of David, once he was king of the whole of Israel, was to take the city of Jerusalem from the Jebusites. 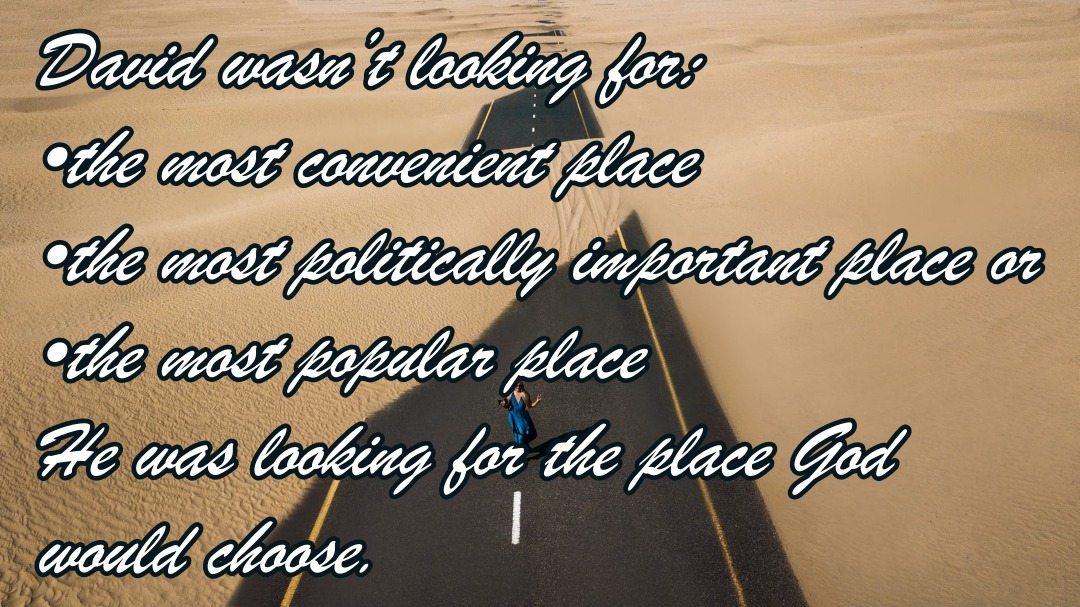 THE CREATION OF A FRIENDSHIP
2 Samuel 5:11 (KJV)
And Hiram king of Tyre sent messengers to David, and cedar trees, and carpenters, and masons: and they built David an house

THE CONCEPTION OF GOD’S BLESSING
2 Samuel 5:10 (KJV)
And David went on, and grew great, and the LORD God of hosts was with him.

2 Samuel 5:12 (KJV)
And David perceived that the LORD had established him king over Israel, and that he had exalted his kingdom for his people Israel’s sake.

THE CONCUBINES AND CHILDREN
2 Samuel 5:13-16 (KJV)
And David took him more concubines and wives out of Jerusalem, after he was come from Hebron: and there were yet sons and daughters born to David.
And these be the names of those that were born unto him in Jerusalem; Shammua, and Shobab, and Nathan, and Solomon,
Ibhar also, and Elishua, and Nepheg, and Japhia,
And Elishama, and Eliada, and Eliphalet. 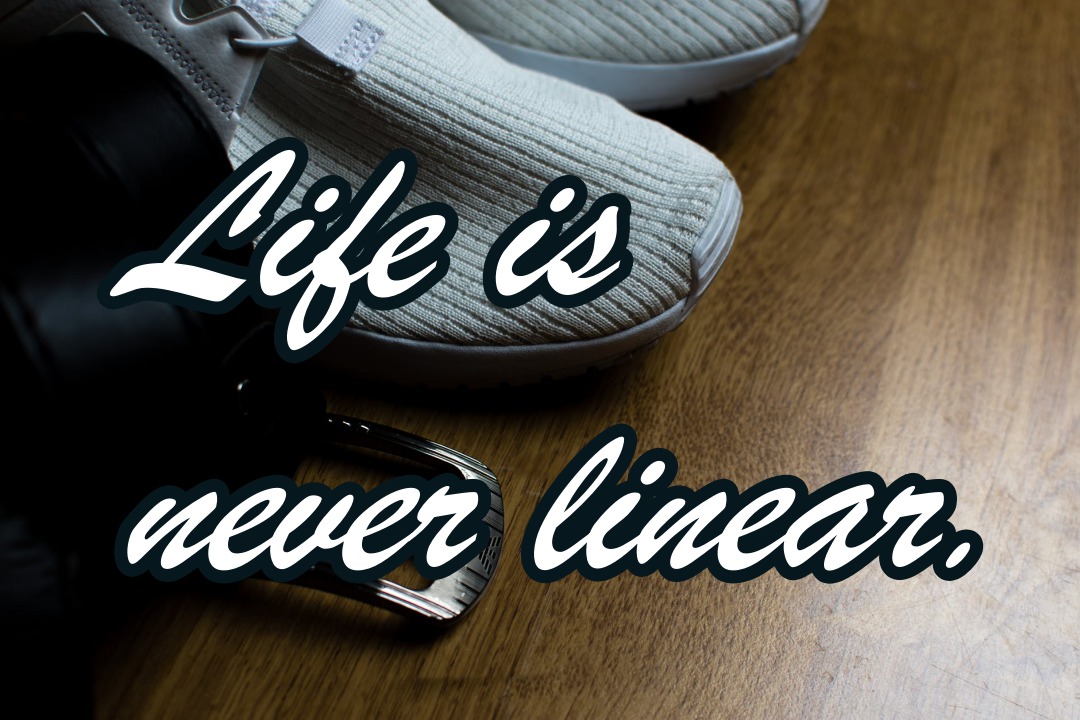 Life isn’t that way. Every one of us live in multiple layers of responsibility and interest.

With God’s help and direction you can do this.

That’s a heart after God’s

Please note with me first of all,
THE HEART OF DAVID

2 Samuel 1:4 (KJV)
And David said unto him, How went the matter? I pray thee, tell me. And he answered, That the people are fled from the battle, and many of the people also are fallen and dead; and Saul and Jonathan his son are dead also.

THE HARDNESS OF DAVID

THE HEAD OF DAVID

2 Samuel 2:1-4 (KJV)
And it came to pass after this, that David enquired of the LORD, saying, Shall I go up into any of the cities of Judah? And the LORD said unto him, Go up. And David said, Whither shall I go up? And he said, Unto Hebron.
So David went up thither, and his two wives also, Ahinoam the Jezreelitess, and Abigail Nabal’s wife the Carmelite.
And his men that were with him did David bring up, every man with his household: and they dwelt in the cities of Hebron.
And the men of Judah came, and there they anointed David king over the house of Judah. And they told David, saying, That the men of Jabeshgilead were they that buried Saul.

The virtuous woman is both rare and valuable. I would go so far as to say she is essential:

Your purpose, man woman boy or girl is to grow in grace and in the knowledge of our Lord and Saviour, Jesus Christ.

Do that and you will be a virtuous Christian.